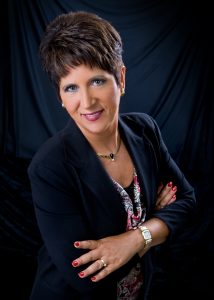 Encouraging Each Other With Truth!

“Therefore encourage one another and build each other up, just in fact as you are doing.”
Thessalonians 5:11

I’ll help you discern fact from fiction in our biased media saturated culture. Here you will find interviews from Catholic Connection, as well other stories and sources of real news that have been vetted for their accuracy; a basic tool that has virtually all but disappeared in today’s so called “news rooms”.

Other Stories of Note

Disclaimer: The posting of any articles on this website is not an endorsement of the source or the views expressed.

“Glenn Greenwald on resigning from his own publication due to censorship”

This seven minute interview of Glenn Greenwald describes why he resigned from The Intercept, the media outlet he co-founded. It really gives you a sense of where we are today with media censorship and extreme leftist media bias. Thank you to Glenn Greenwald for your courage and for going on the record on Tucker Carlson’s show on Fox News last night and telling the truth about the media outlet that you even helped to found. Click here for his written explanation of why he resigned.

“Article on Joe and Hunter Biden Censored By The Intercept”

Here is the original article that investigative journalist, Glenn Greenwald, was banned from posting at the news outlet (The Intercept) that he co-founded due to censorship by the outlet’s Pro-Joe Biden editors. I give him a lot of credit to not only come forward, but to resign from his position at The Intercept because of this. Politically he leans way left, but I truly respect and appreciate that he believes in authentic and real journalism- where you put your personal opinions aside and report the truth.

For Society of Professional Journalists Code of Ethics Click Here