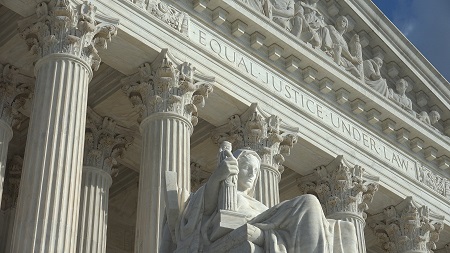 DETROIT, MI, October 9, 2020 — Despite what the left and many pundits in the media are claiming, Judge Amy Coney Barrett beautifully represents what the Catholic Church teaches on women.

“Judge Amy Coney Barrett represents what feminism was supposed to be all about – allowing women to fulfill their dreams, whether it be in the home, the workplace, or in Judge Barrett’s case, both,” says bestselling author and Catholic talk show host, Teresa Tomeo.

“True feminism and conservatism is having its day in court thanks to the nomination of Judge Barrett,” says Tomeo, who is available to comment and shares why Judge Barrett should be a new feminist role model, despite what is being said in the media.

Tomeo is encouraging all concerned citizens to be informed and well prepared for the upcoming SCOTUS hearings, which begin Monday, October 12th, as well as for the upcoming election on November 3rd. Tomeo is sharing solid Catholic resources that show what the Church really has to say about life, the dignity of women, the beauty of Authentic Femininity, and how it affects all of us.

Tomeo has authored over 15 books, mostly for women, including Extreme Makeover, Girlfriends and Other Saints, and Walk Softly and Carry a Great Bag, as well as a DVD series Reclaiming Feminism. Tomeo is also co-host of The Catholic View for Women, which was created as an alternative to ABC’s “The View.”