September 16, 2021, Annapolis, MD — International speaker and author Kevin Wells is on a mission to bring awareness of the plight of children facing a future of poverty, human trafficking, and dehumanization across the world. As a former sportswriter Wells uses his talents to bring light to how people of all faiths can help children worldwide. “What we are now witnessing in Afghanistan is tragic and hopefully opening our eyes to how children, including young girls and women are suffering. The question is ‘How can the average American help?'”

Wells, inspired by Saint Mother Teresa of Calcutta, didn’t want to sit by the sidelines. He traveled and spent several weeks in Chalco, Mexico with The Sisters of Mary, a religious community founded by Fr. Aloysius Schwartz in 1964. The Sisters of Mary work round-the-clock to nourish, house, educate, catechize and care for more than 20,000 teenagers at 17 different worldwide Boystown and Girlstown communities through World Villages, an organization also founded by “Fr. Al.” World Villages has had 150,000 graduates since its founding.

Fr. Al, best known for his heroic virtue and service to the poor was declared venerable in 2015 by Pope Francis, the first of three steps toward being declared a saint in the Catholic Church.

“World Villages are the answer to helping children globally,” said Wells. “They are given the opportunity to have a bright future and be productive members of society.” 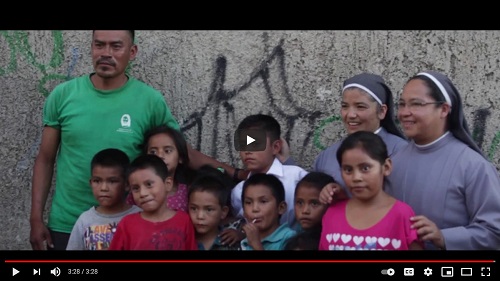 Wells’ relationship with World Villages developed after they asked Wells to pen the biography of their founder, Priest and Beggar, The Heroic Life of Venerable Aloysius Schwartz, published by Ignatius Press. It describes “outside of the box” methods used by Fr. Al to rescue children and convert them to Christ, and become evangelizers of the Gospel.

Wells continued, “We need to replicate these efforts in more countries but first we need to make people aware of how children are being harmed and how we can help. We can’t make this someone else’s problem. Children are our future.”

World Villages for Children works through 18 different schools in 7 countries: The Philippines, Mexico, Guatemala, Honduras, Brazil, South Korea, and Tanzania. They are feeding the children physically, spiritually, and provide healing opportunities for those hurting from many issues including past sexual abuse. Children are being healed, mind, body and spirit.

Kevin Wells is available to share practical ideas and bring light to ways to help children around the globe. He travels speaking to various groups and is available for interviews.