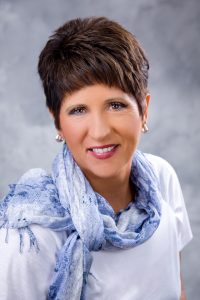 The opportunity to interview Mother Teresa was a scoop for a reporter even 39 years ago. That is when Teresa Tomeo, a young journalism intern in Detroit’s secular media, spoke with Mother Teresa. It became something much bigger than a just good news story for an ambitious intern. Ultimately, it became a thread in Tomeo’s life through 15 years in secular television and into the Catholic media where she is now a TV and radio talk show host for Ave Maria Radio and EWTN. Tomeo will be in Rome this week airing her daily radio show and providing TV coverage for the canonization of Mother Teresa.

What moved Tomeo so much, at a time she was honing her media skills, is that Mother Teresa—a media giant—was so humble. Rather than wanting to talk about herself, Mother Teresa took an interest in Tomeo’s studies and career goals. It was remarkable, according to Tomeo, to learn later that Mother Teresa was struggling spiritually at that time with a “Dark Night of the Soul” as described and encountered by St. John of the Cross.

“I was moved by Mother Teresa’s zeal for doing God’s will,” Tomeo said. “No matter how hard the struggle, she took up her cross daily.” Tomeo explained that Mother Teresa has been a “role model” since their first meeting, particularly when covering unpopular issues. It is that spirit of Mother Teresa’s feminism – obedience to the Church lived out in humility and strength – that Tomeo said she tried to emulate on her EWTN talk show The Catholic View for Women.

Tomeo is leading a pilgrimage with Steve and Janet Ray, with over 50 people for this event, and will be broadcasting her Catholic Connection radio show LIVE from the EWTN Rome bureau on Friday, September 2nd, Tuesday, September 3rd, and Wednesday, September 4th.

“EWTN will be providing the most comprehensive coverage for this canonization and I am proud to be a part of that,” says Tomeo. They even have a special website dedicated to this historic event.

Tomeo and pilgrims will be present for the canonization of Mother Teresa and will have an amazing view – above St. Peter’s Basilica, from the rooftop of a convent overlooking St. Peter’s Square.

Tomeo is available for interviews