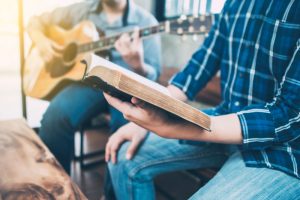 “Don’t let anyone look down on you because you are young, but set an example for the believers in speech, in conduct, in love, in faith and in purity.”

Happy Spring and a Happy Mother’s Day to all the Moms out there. Wishing you all a great Mother’s Day weekend.

Since T’s Teatime is all about hope and inspiration, I thought you would really enjoy an example of how one person, no matter how young or old, can make a difference. This example comes from my home archdiocese, the Archdiocese of Detroit, and I was privileged to interview the source of this latest T’s Teatime edition, on my radio show, Catholic Connection. Click here to listen.

We know how important it is to pass on the faith to our children and grandchildren. It all starts in the Domestic Church, with the family leading the way in faith formation, supported by the body of Christ. Sometimes, we see spiritual fruits of this labor early on and are inspired, even taught great examples, by the youngest among us.  And couldn’t we use a nice spiritual shot in the arm these days?

To say that we are all struggling right now in one way or another, would be the understatement of the 21st century. Whether it is a COVID related issue, concerns about the domineering cancel culture, or feelings of frustration over the deep division in the country and the Body of Christ, we certainly have our share of problems. At times they can seem all consuming.  But my dear friend and great teacher of the Catholic faith, Fr. John Riccardo, always says that discouragement is the evil one’s greatest tool.

That’s why I was so moved by a young man in our archdiocese who came up with an idea to get people his own age back to Mass. He is one of those who believe, as we all should, they can do something in their own little corner of the globe that might just have an impact. Anthony Schena, Jr. is a 16-year-old, attending De La Salle Collegiate High School. He was frustrated by the lack of other teens going back to Church after COVID.  He came downstairs one morning and told his parents that he had an idea – an action plan of sorts. And while it might seem kind of out there, he wanted their opinion. He thought, why not offer special Mass themes along with some social time for the young people. The teens could dress according to a fun theme, gather to be fed in the Eucharist, and then also be filled with good fellowship afterward.

His parents loved the idea and presented it to a priest friend of theirs, who in turn presented it to the Archdiocese. And the rest as they say, is history. The “Teen Summer Mass Series” was born. They settled on three ideas including an Aloha or Hawaiian theme for June, a patriotic theme for the month of July, and a sporting theme for August. Anthony’s suggestions were so well received by the archdiocese that already these three unique teen Masses are now on the summer calendar. And oh, by the way, the Masses are being held at our Cathedral; the Cathedral of the Most Blessed Sacrament in Detroit.

Anthony and the Archdiocese are hoping the idea will catch on with individual parishes and possibly other dioceses around the nation, and given the positive reception so far, only the good Lord knows where this might lead. The efforts of this faith-filled and determined teen made me realize that we can all at least try to do something. And even if that something does not catch on, we must remember the words of St. Teresa of Calcutta; “God doesn’t look at our success, only our faithfulness.”  The results are not up to us. Or as Fr. Mitch Pacwa of EWTN fame reminds us, “We need to remember God is in management, and we’re in sales.”

It doesn’t matter if we’re 16 as in Anthony Schena Jr.’s case, or 60. Age is only a number. We are all called as children of God, to make a difference.