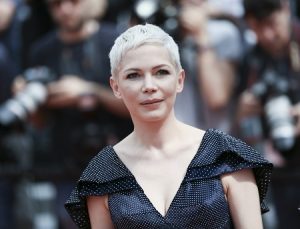 I was only about 10 years old when cigarette commercials were banned from TV in 1970. But Madison Avenue was so creative that I still remember one of the more popular ads that promoted a cigarette made just for women: Virginia Slims. The catchy jingle brilliantly tied into the women’s movement, proclaiming that women had come such a long way that they deserved their own brand.

Once cigarette commercials were a thing of the past, the ads with the same clever wording carried over into print, always featuring an attractive model wearing the latest fashions and looking ever so sophisticated with a lit Virginia Slims in her hand. The advertising geniuses did a great job of selling cigarettes back then — both on and off TV — but some 50 years later, we should all realize we’ve been sold a huge bill of goods in terms of what real equality and dignity actually look like.

A case in point would be the comments by actress Michelle Williams during the recent Golden Globe awards. While her celebrity friends in the audience whooped and hollered as she accepted her award and blatantly promoted “a woman’s right to choose,” believing they were taking a stand for women’s rights, they were actually continuing to hold women back.

Williams cleverly, as most who support legalized abortion do, avoided using the word “abortion.” She obviously received the Planned Parenthood talking points that are meant to make women and others feel this is all about so-called “freedom.” But if we listened very closely with our hearts (as well as our ears), we would hear a celebrity admitting, even though she doesn’t realize it, that we still live in a world that demands so much more from a woman than a man. She basically told the world that women need abortion in order to pursue their career goals.

“I wouldn’t have been able to do this without employing a woman’s right to choose, to choose when to have my children and with whom. When I felt supported and able to balance our lives, knowing as all mothers know that the scales must and will tip toward our children now, I know my choices might look different than yours. But thank God or whomever you pray to that we live in a country founded on the principle that I am free to live by my faith and you are free to live by yours; so, women, 18 to 118, when it is time to vote, please do so in your own self-interest; it’s what men have been doing for years.”

Williams wants the public to think that this decision of hers to sacrifice the life of one of her children in order to garner fame and fortune in Hollywood is a win for women and girls and a major shot across the bow to sexism and to the men who’ve run Hollywood and other industries for decades; in reality, it’s just the opposite. She is feeding into a twisted and archaic system that is still encouraging women to terminate their own children in order to be successful. How is this not extremely sexist?

When was the last time you heard of a man in Hollywood, on Wall Street or anywhere else being put in the same position? Williams contradicts herself yet again by claiming that men have always voted their self-interests, implying that’s a bad thing, but then turns right around and tells women of all ages to go out and do the same thing that men have been doing for years. Continue Reading at Our Sunday Visitor.