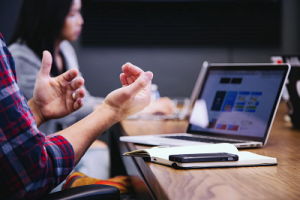 We all can use more silence in our lives. We live in a culture bombarded by all kinds of noise and distractions. I should know. My first book, published over 12 years ago, was entitled “Noise” and was filled with statistic after statistic and story after story concerning how we are attached at the hip to our TVs, cellphones and computers, and the impact those often-unhealthy attachments are having on our lives.

Not only do we consume way too much media, but we also instantly react to that media. We tweet, we post, we text, and rarely do we quiet ourselves down. Everyone seems to have something to say about everything. So certainly, a little more silence would do us a great deal of good.

There are also times, however, when we need to respectfully speak up, to defend and explain our faith. Unfortunately, a new and extremely sobering report concerning Catholics and their belief, or lack thereof, shows that we haven’t learned the right approach when it comes to when silence is and isn’t appropriate.

As has been reported in this newspapers and multiple other outlets, a recent study released by the Pew Research Center found that a mere 31% of Catholics surveyed actually believe in the Real Presence of Christ in the Eucharist. The Eucharist is the fundamental teaching that is central to our Faith. It’s what sets us apart from other Christians; and for so many converts whom I’ve had the blessing of interviewing over the years, it is the main reason they decided to convert to Catholicism.

Meanwhile, a majority — nearly 70% — of Catholics do not understand, haven’t been taught or simply don’t believe that the bread and wine become the body, blood, soul and divinity of Jesus through transubstantiation. They see the Eucharist as a symbol. And this complete misunderstanding is not just being expressed by fallen-away Catholics or those who only attend Mass a few times a year.

So, what happened? How in the world did the situation get to this point? I believe one answer to these crucial questions has to do with too many of us over the years, myself included, keeping our mouths shut when we should have had the guts to enter into the catechetical conversation. How many times have we ignored poor — even, in some cases, heretical — teaching being done at the hands of directors of religious education, RCIA instructors and others, including priests and deacons? How many times have we been too concerned about the pushback and potential negative response? How often have you heard someone say, “Now is not the right time, maybe later”? Meanwhile, that person who is in a teaching position is allowed to go on, incorrectly telling engaged couples, for example, that contraception and living together before marriage are no big deal, and that’s just for starters.

Certainly there are a lot of factors to consider when reviewing this disastrous examination of our evangelization failures. We can’t ignore all the noisy “all about me” cultural messages that have dominated all of our lives. We have to be brutally honest about the impact of the abuse crisis. And we also have to admit that the “balloons, banners, and butterflies approach,” which ignored or gave little attention to core teachings, including the Eucharist, and has been the norm and not the exception at our parishes since Vatican II, has failed us miserably.

On the bright side, there are positive signs of hope in the Church, such as strong and continued growth in orthodox Catholic media, numerous faithful apostolates and a long list of converts who are on the frontlines in terms of sharing the fullness of truth. Despite those worthy efforts, we’re still like salmon swimming upstream with a long way to go. At the end of the day, and with the Lord’s help, the only person we can change is the one we see in the mirror. And while that doesn’t mean we should be going around hitting fellow Catholics over the head with the Bible and the Catechism, it does mean, as my Italian relatives would say, “basta” (enough is enough). Stop keeping quiet about the things that matter most. Continue Reading at OSV Newsweekly.