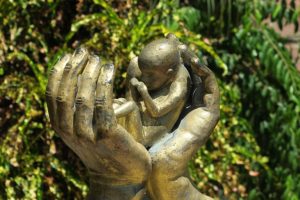 You’ve probably had the same frustrating conversation. It frequently comes in the form of a question regarding discussions on abortion. Those of us who try to raise awareness and address the issue are asked why we’re so focused on the issue or why we bring it up so often. It doesn’t matter if we rarely mention the subject except around election time.

It’s always too much, according to those around us who conveniently would like to keep it hidden or at least on the back burner. These conversations aren’t limited to those outside the Church who aren’t coming at this from a faith perspective. As a matter of fact, and unfortunately as a result of decades of poor or practically zero catechesis, they happen far too often among Catholics, and that includes those who go to Mass regularly and follow Catholic media.

Just recently another such conversation took place via an email exchange. This radio listener who contacted me was polite, but I could sense a frustration in her words as well. She explained that while she enjoyed listening to my daily program, she wondered why I discussed abortion so often when there is “so much else” to talk about. Her comments and questions, although brief, spoke volumes and reams concerning where we are in the Church and in the nation — and why we’re in such a mess.

The “so much else,” as I tried to explain in my response, is all tied directly to an overall lack of respect and appreciation for the dignity of each human person. When we don’t respect life in its earliest and most vulnerable stages, everything else — or that “so much else” — begins to implode.

Yes, we should talk about evangelization, the saints, Catholic education, serving the poor, etc. But none of that is going to hit home when so many are hurting. We’re walking wounded, and that’s putting it mildly. One in four women sitting in the pew next to us has had an abortion, and that means there is a man and other extended family members connected to that abortion. It’s not just a ripple effect, but a tidal wave of issues that first need to be addressed and healed.

Early in his pontificate, Pope Francis stressed the importance of first addressing deep wounds in his comments about the Church being a field hospital.

“It is useless to ask a seriously injured person if he has high cholesterol and about the level of his blood sugars! You have to heal his wounds. Then we can talk about everything else. Heal the wounds, heal the wounds. … And you have to start from the ground up.”

In my book Extreme Makeover: Women Transformed by Christ, Not Conformed to the Culture, I dedicated an entire chapter, “The Abortion Distortion,” to the incredible fallout — the deep wounds and injuries occurring daily from abortion. Pope St. Paul VI said it in Humanae Vitae. Pope St. John Paul II said it as well in Evangelium Vitae. When we begin treating people as objects, there’s no limit as to where the objectification ends.
Pick a societal ill and there is plenty of solid research to show a connection to abortion, including increased rates of depression, addiction, suicide and attempted suicide, divorce and domestic violence; and more recent studies show a connection between post-abortive men and violent crime. And this doesn’t even begin to cover the other connections between abortion and the industries and plagues of pornography and sex trafficking.

As nerve-wracking as it is to have to repeat this concept, especially to a fellow Catholic and a Catholic radio-listener, it is worth repeating. I never heard back from the listener after offering a response, which I also discussed on-air. However, I found it was no coincidence that her email came in on a Wednesday and three days later the mass shootings occurred in El Paso, Texas, and Dayton, Ohio.

And while new measures, programs and plans are being discussed to address the ongoing gun violence and repeated attacks on innocent lives, no new law, no effort is going to make a difference if God and the overall impact of the culture of death is repeatedly pushed aside. Continue Reading at OSV Newsweekly.

Image by H. Hach from Pixabay