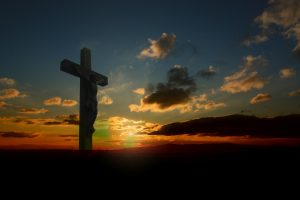 Recently I had a civil but nonetheless interesting exchange with a Facebook follower. She was lamenting that, in her opinion, too many elected officials and others who support Catholic teaching — including protecting life from womb to tomb, as well as marriage between one man and one woman — are way too fast and loose with the Twitter trigger, and they just need to stop.

While I agreed that there needs to be more civility when expressing one’s concerns, why is it that the call for civility is never done by first looking in the mirror? Why is it always the other person? And why is it that those who hold extreme views that are not in line with not only the Church, but also a majority of Americans on these and other hot-button issues, are allowed to have free reign in the social media world and way beyond? If you disagree with those who hold the mass-media megaphones, you’re labeled a hater and told to put down the phone, back away from the computer, stay in your homes and keep quiet. Why the double standard?

If my Facebook page could talk, you would hear a few crickets. I’m still waiting for the answers to those questions. All too often we are seeing what freedom of speech and freedom of religion really mean to some in our country. Case in point would be the challenges faced by the very successful Christian-owned fast-food chain Chick-Fil-A. The situation around this restaurant operation has become so toxic that lawmakers in Texas felt it necessary to pass a law protecting companies from being persecuted for their beliefs. Yes, they actually had to pass a law.

So, what did Chick-Fil-A do exactly? Did they discriminate by firing an employee with same-sex attraction? Did they refuse to serve a customer who walked in wearing a pro same-sex marriage shirt? None of that. Instead, Chick-Fil-A’s alleged crime stemmed from the owner’s Christian faith. He had the audacity, as the nation was awaiting the Obergefell v. Hodges Supreme Court decision on marriage back in 2015, to tell a Christian media outlet that he supported marriage between one man and one woman. If that wasn’t bad enough, according to those who claim to be so tolerant, it was also discovered that he supported Christian organizations involved in spreading the Gospel message. Oh, the horror of it all!

Thank goodness leaders in Texas had enough common sense to realize this attack on Chick-Fil-A was an attack on us all. Texas Gov. Greg Abbott recently signed the Chick-fil-A bill into law on July 18, prohibiting local governments from retaliating against an individual or business for their support for faith-based organizations. Abbott said the law is a “victory for religious freedom in Texas.” But again, it’s incredible that a law had to be passed to protect us for doing what should already be guaranteed by the U.S. Constitution.

“We can never accept a separation of our religious faith and our moral convictions from our public ministries or our political engagement. It’s impossible. And even trying to do so is evil because it forces us to live two different lives, worshipping God at home and in our churches and worshipping the latest version of Caesar everywhere else. That turns our private convictions into lies we tell ourselves and to each other.”

Those who disagree with Church teaching on issues such as abortion and marriage want us to keep our beliefs to ourselves or within the confines of the local parish. Another Facebook follower had the nerve to say the Catholic Church should stick to the business of celebrating Mass and not get involved in politics… Continue Reading at OSV Newsweekly.