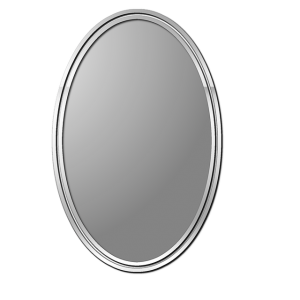 I’m not a psychiatrist or psychologist. My degree and employment background are in communications. But one hardly has to have experience in psychology or mental health to recognize that our culture has a severe, long-term and devastating case of projection — when one unconsciously transfers one’s own feelings or emotions to another person as a means of self-protection. This ailment most definitely is impacting abortion activists, who are twisting and turning themselves every which way and blaming the pro-life movement for the very things they’re guilty of to the nth degree.

Now this isn’t exactly news. This always has been the case with abortion providers and those who support killing the unborn. They continue to use contradictory and hypercritical catchphrases, such as being “pro-choice” and in favor of “reproductive” health care, even though they’re limiting a woman’s choice to one option. And what exactly is “healthy” and “reproductive” about abortion anyway, especially for the baby? Again, these tired statements are just that — tired and nothing new.

What is new is the level at which they attempt to sanctify what has become more than just a strong opinion. Abortion has become the sacrament to which their utmost worship and devotion has developed into what can only be diagnosed as severe projection. Over the past few months, abortion supporters, threatened by a number of successful pro-life efforts, have responded in part by passing the most egregious laws, including legalizing abortion through nine months of pregnancy, not providing emergency care for babies surviving abortions and allowing nurse practitioners and physicians’ assistants to perform the procedure. To justify these actions, they have ratcheted up the insults and the name-calling, all the while doing what they accuse the pro-life movement of doing. They’ve taken it to the airwaves, the streets and, of course, the internet.

A strong example of this would be the utterly ridiculous claim by one of Hollywood’s liberal elites, actress Anne Hathaway, whose latest abortion defense came through outrageous claims on Instagram. The star of “The Princess Diaries” and “The Devil Wears Prada” said, among many other things, that white women who are pro-life really don’t care about women who are black and poor. It was a direct shot across the bow to the white, female governor of Alabama, who recently signed one of the strongest pro-life bills into law. Hathaway didn’t actually use the word “racist” when speaking of the mean, uncharitable white women. She didn’t have to. In her Instagram caption, she writes, “Yes, the anti-abortion movement is primarily about controlling women’s bodies under the premise (for many, sincere) of saving lives, and yes, this law is primarily the work of white men HOWEVER a white woman sponsored the bill and a white woman signed it into law. As we’re resisting, let us also call out the complicity of the white women who made this awful moment possible, and which — make no mistake — WILL lead to the unnecessary and avoidable deaths of women, a disproportionate number of whom will be poor and black.”

Again, I’m no mental-health guru, but talk about a major case of projection. It’s startling. More than 18 million black babies have died at the hands of abortionists since 1973, and given that many of those babies were female, who really is the guilty party when it comes to caring little or nothing about minorities? Continue Reading at OSV Newsweekly.

Image by KERBSTONE from Pixabay