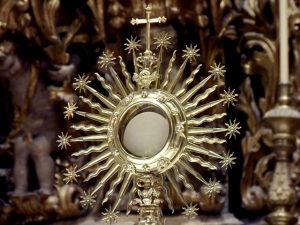 Given the current state of the press and their frequent attitude of either being totally indifferent or completely antagonistic when it comes to Christianity — and Catholicism in particular — it is refreshing to see the ongoing, as well as positive, interest in the developments surrounding the fire at Notre Dame Cathedral in Paris. Perhaps the coverage will serve as a spark to reignite someone’s faith.

But given the significance of this story, is it too much to ask that the media actually know the basics about the event, topic or entity they’re covering so they can accurately explain it to their readers, viewers or subscribers?

The answer to that question, not only regarding the media coverage of Notre Dame but reporting in general, should be a resounding “no.” It’s not too much to ask for accuracy, as well as a general understanding of the topic at hand. That is Journalism 101. It should be a given.

When I was studying journalism, our professors repeatedly told us that, as reporters, we would be expected, in some ways, to be a jack of all trades. In other words, we were going to have to get used to doing our homework on a lot of subjects. That meant contacting reputable sources and asking questions, as opposed to making assumptions. We wouldn’t be able to be an expert in all things, but we should be able to cover a variety of different topics.

One might give a little slack to a cub reporter just out of the gate who’s under deadline pressure and working for a small-town TV-news operation or newspaper. But The New York Times? No.

Now, I’m not being naïve about the “Gray Lady.” Her liberal bias has been well-established for years. In addition to that paper’s bias, there is a real problem with reporting religion on the part of the secular press. One-too-many members of the news media are woefully ignorant when it comes to matters of faith. This problem led to the unfortunate mishandling of one of the big stories that emerged shortly after the Notre Dame blaze broke out.

So how bad was it? Well, brace yourself. On Holy Thursday, the Times published a major story about the heroic efforts of the fire chaplain, Father Jean-Marc Fournier, who risked his safety to recover the religious relics in the cathedral. As the priest stressed in his many interviews, there was something else — and, more precisely, someone else — inside Notre Dame that needed to be rescued from the flames engulfing the church. He said he had to save the crown of thorns and, most importantly, the body of Christ.

As faithful Catholics, we know Father was determined to retrieve the Blessed Sacrament, the source and summit of our Faith. On the other hand, The New York Times assumed the priest was referring to a statue of Jesus, and they misquoted the priest as saying as much.

“I had two priorities: to save the crown of thorns and a statue of Jesus.”

Apparently there was no error in the translation from French to English. But there was a major error in the reporter’s understanding of those words in Catholic doctrine. So why not ask the priest or another Catholic expert instead of assuming the priest was referring to a statue?

After being called out for the mistake for referring to the Eucharist as a statue, the paper did print a correction. But damage was already done… Continue Reading at OSV Newsweekly.

Image by David Eucaristía from Pixabay