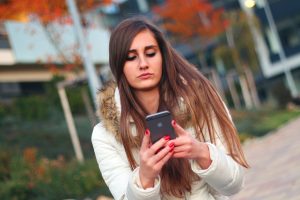 During one of his visits to his native Germany early in his pontificate, Pope Benedict XVI spoke about the need for silence in our lives. Benedict gave the address about the same time I was wrapping up the manuscript for my first book, Noise: How Our Media-Saturated Culture Dominates Lives and Dismantles Families. He made many excellent points about media influence in the lives of the faithful, but one statement in particular was so powerful that it ended up on the cover: “Put simply, we are no longer able to hear God — there are too many different frequencies filling our ears.”

Before Benedict, we can go back to Pope St. John Paul II, who did his best to raise concerns about the role of media in the lives of families. One of his strongest messages came in his last World Communications Day statement, released in early 2004: “Media and the Family: A Risk and a Richness.”

“People grow or diminish in moral stature by the words which they speak and the messages which they choose to hear. Consequently, wisdom and discernment in the use of the media are particularly called for on the part of communications professionals, parents and educators, for their decisions greatly affect children and young people for whom they are responsible, and who are ultimately the future of society.”  — John Paul II

Before JPII and Benedict, we can go back even further to Pope St. Paul VI and the Second Vatican Council. A good portion of the Vatican II documents had to do with media in the Catholic Church and the modern world. The Church has been teaching on this topic long before the onslaught of smartphones; before social media had a vice-grip on our lives. Benedict, John Paul II and Paul VI were all pointing to the growing number of media outlets and the corresponding increase in media consumption, but what was happening with technology in their times pales greatly in comparison to the challenges we face today. No wonder Pope Francis, in following in his predecessors’ footsteps, feels compelled to once again be a voice of reason, addressing responsible media usage because — despite the consistent message — not enough of us are listening to the Church, to her teachings, as well as growing evidence from the world.

Our present pope is very concerned about media issues, with a special emphasis on the youth. Last month on Palm Sunday weekend, he met with high school students in Rome, warning them that being too connected to their phones can leave them disconnected with God, endangering the most important relationship in their lives.

“Free yourself from dependence on your mobile phone, please,” Pope Francis said. “You have certainly heard of the drama of addiction. … This one is very subtle. Be careful, as there is the danger that, when the telephone is a drug, communication is reduced to simple ‘contacts.’ But life is not for ‘contacting,’ it is for communicating!”

There’s no way of knowing whether Pope Francis was aware of a new report released in March, just a few weeks before he met with the students. But the timing is worth noting, since the study made major headlines around the U.S. and the world. The report found a strong connection between the rise of young people experiencing serious mental-health disorders and increased smartphone usage. The research was done by San Diego State University and published in the Journal of Abnormal Psychology.

“Cultural trends in the last 10 years may have had a larger effect on mood disorders and suicide-related outcomes among younger generations compared with older generations”… Continue Reading at OSV Newsweekly.