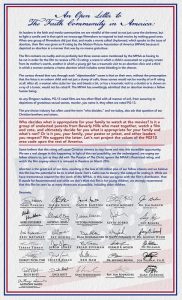 The Motion Picture Association of America (MPAA) gave an R rating to the pro-life movie Unplanned the true story which hits theaters across the nation this week, on Friday, March 29th, about former Planned Parenthood clinical director, Abby Johnson. Hollywood places a PG or a PG-13 rating on many films filled with serious violent and s-xual content, with the hope that children and teens will fill the seats. Meanwhile, they slap an R rating on Unplanned—a pro-life movie that contains much less graphic material, all because of their support for abortion.

In an open letter I signed, along with 29 actors and Academy Award-winners, and faith and media leaders, including big names such as Gov. Mike Huckabee, Glenn Beck, Tony Perkins, Alveda King, Pat Boone, we appealed through this letter to parents not to let the rating deter them. “The film contains no nudity and no profanity,” we wrote, “but three scenes were mentioned by the MPAA as having to be cut in order to receive a PG-13 rating: a scene in which a child is evacuated on a grainy screen from its mother’s womb, another in which a young girl has a traumatic visit to an abortion clinic, and a third in which a woman endures a home abortion which includes some bleeding in the shower.” They pointed out that by finding those scenes objectionable, the MPAA reveals that showing the unborn as human is disturbing to them, since a stubbed toe that bleeds, a traumatic dentist appointment, or an image on an x-ray machine would not have bothered them. Many movies containing s-x and violence get a PG-13 rating, but addressing the truth of abortion was deemed ‘too adult.’ Giving this movie an R rating just days before it opens in theaters restricts anyone under 17 to not attend unless accompanied by an adult and discourages most teens from watching it.
As Abby Johnson, on whose life the film is based, has stated, “teens don’t need their parents’ approval to get an abortion procedure, but they need permission to go to the local theater.”
Does that make sense?
Well, it does when we consider the extreme media bias in our culture. It’s true sabotage and all part of Hollywood’s abortion agenda. 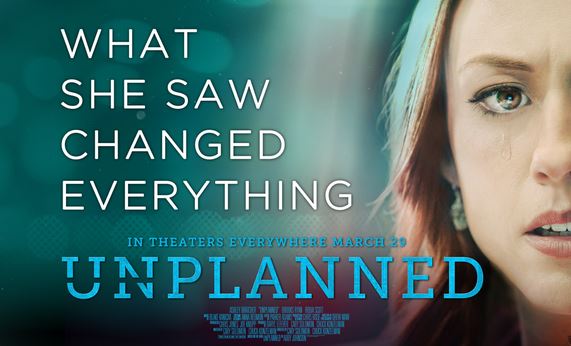 Please support this movie – share with your family & friends!

To learn more about the making of this Movie CLICK HERE.

To learn more about Abby Johnson and her story, CLICK HERE.

To learn more about Abby Johnson’s ministry to help abortion clinic workers leave the abortion industry, And Then There Were None, 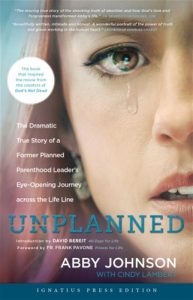 Know Some Who Is Pregnant & Needs Help?

Know Someone Who Has Had An Abortion And Needs Healing?