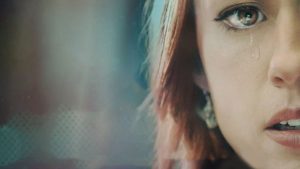 The Pure Flix Entertainment film “Unplanned,” based on the book by former Planned Parenthood clinic director Abby Johnson, will be released in theatres nationwide March 29. It’s a powerful story showing how one abortion worker, after viewing an actual abortion via ultrasound, was so traumatized that she abruptly left her prominent position. Johnson eventually would become a pro-life speaker and activist, launching a ministry dedicated to helping other abortion workers leave the industry. Her journey out of Planned Parenthood also would lead her to the Catholic Church. It’s an incredible story of God’s mercy and how truth can and does have an impact if we’re open to it — a story told powerfully and delicately on screen.

While the movie, which I had the opportunity to screen, does contain some scenes that are challenging to watch, in no way did it deserve the R rating recently slapped on it by the Motion Picture Association of America. But why should anyone be surprised given Hollywood’s love fest with Planned Parenthood and the sacred cow of abortion? Those working on the film were disappointed but not shocked. They were also quick to point out the irony and the obvious hypocrisy.

“A 15-year-old can get an abortion without her parent’s permission, but she can’t see this movie without adult supervision,” said Pure Flix Entertainment’s executive vice-president, Ken Rather, in an interview with the Hollywood Reporter.

According to the Christian Post, the filmmakers also sent a letter of complaint to the MPAA. Good for them, because the bottom line here has to do with Hollywood not wanting to allow abortion to be seen as a negative. Another obvious hypocrisy is the MPAA’s efforts to slap a PG or PG-13 rating on movies filled with extreme violence as well as sexual content.

“We consider the MPAA’s current standards to be deeply flawed, insofar as they allowed scenes of remarkably graphic sex, violence, degradation, murder and mayhem to have a PG-13 rating, whereas our film, highlighting the grave dangers of abortion in a straightforward manner, is considered dangerous for the American people to view,” said the letter.

Teens are a big customer base for Planned Parenthood, and if the powers that be in the industry can get parents to think that their kids might be somehow traumatized by “Unplanned,” then they see that as a victory. The MPAA claims it slapped the rating on the movie because of “some disturbing bloody images.” The association added that it will retain its R rating “unless all scenes of abortions are removed or altered.” Of course. A film about the devastating impact of abortion can’t depict abortion, but violence in any other shape or form, and plenty of it, is fine for your children to see — and without your supervision.

Despite the frustrating news from the MPAA, there is a bright spot in all of this. While Hollywood might have been hoping their efforts to muzzle interest in the film was a great idea, their plan appears to be backfiring. Continue Reading at OSV Newsweekly.