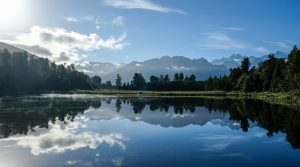 The last few weeks in the media have been like none I’ve ever seen before, and I’ve been in this industry for nearly 40 years. Yet, the fallout from the encounter at the Lincoln Memorial — between a Catholic high school student from Covington, Kentucky, and a Native American elder after the annual March for Life — has been even more intense than the Brett Kavanaugh hearings and even more rabid than the most recent presidential election.

In my opinion as a talk-show host and communicator, nothing compares to the mean-spirited comments, vile language and name-calling hurled upon those of us brave enough to enter in the discussion surrounding the now infamous story. And, unfortunately, many of these comments have come from people who identify themselves as practicing Catholics.

In the midst of all this nasty noise, what a relief it was for me to see a clear message of direction, a reminder for Christians and all of us engaging online. It came first from the latest World Communications Day statement, issued each year on January 24th, the feast of St. Francis de Sales, who is the patron saint of journalists. It’s no coincidence at all that the message of Pope Francis this year focused on the fallout of social media. Papal statements normally are written in advance, so it was quite comforting to see how the Holy Spirit was working here to help us engage positively online, whatever the topic.

This year’s message, “We Are Members of One Another; From Social Network Communities to the Human Community” is based on Ephesians 4:25: “Therefore, putting away falsehood, speak the truth, each one to his neighbor, for we are members one of another.”

In his 2019 message, Pope Francis reminds us that the internet can be used for great good, but it also can cause confusion and division. Although he didn’t specifically mention recent stories that involve social media mayhem, it’s a point to seriously ponder and apply.

“If the internet represents an extraordinary possibility of access to knowledge, it is also true that it has proven to be one of the areas most exposed to disinformation and to the conscious and targeted distortion of facts and interpersonal relationships, which are often used to discredit,” the pope wrote. “We need to recognize how social networks, on the one hand, help us to better connect, rediscover and assist one another, but on the other, lend themselves to the manipulation of personal data, aimed at obtaining political or economic advantages, without due respect for the person and his or her rights.”

Anyone who spends any time on social media would greatly benefit — as I did — from this advice.

I also took great solace from an email I received on the feast of St. Francis in the form of a prayer titled “Be at Peace.” Continue Reading at OSV Newsweekly.