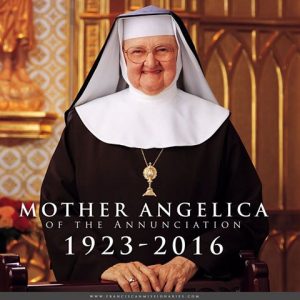 When we talk about women who blazed a trail in the competitive and demanding field of broadcast communications, Mother Angelica should be remembered at the very top of that list.

Not only did this dynamic faith-filled woman, begin a major Catholic media network in the middle of the Bible Belt, but she did it on a wing and a prayer. Despite countless obstacles including challenges with funding, opposition from many in the Church, and her own health issues, she believed she had a mission and she pressed on. As a result, her love for God and His children led to the Eternal World Television Network (EWTN) becoming the largest religious media organization in the world. It’s a network that has impacted the lives and souls of millions of people, including my own.

The late Jessica Savitch, who worked for years as an anchorwoman and reporter for NBC, was once told by a college professor “there’s no room for broads in broadcasting.” Before Savitch lost her life in a tragic car accident, she fought her way to the top in the rough and tumble TV news world, making that professor eat his words by achieving a great deal of on-air success. But not even Savitch, or her colleagues in broadcast journalism, colleagues also struggling to make names for themselves, would ever achieve what one feisty nun accomplished. At a time in the late 70’s and early 80’s when women were still trying to find their place in prominent positions on and off the air, at local affiliate and major broadcast networks, Mother Angelica was breaking through all kinds of barriers still in place in many areas. Not only did she begin a major network and run it successfully behind the scenes, but she was a major fixture on the air as well, with her popular radio and TV shows, especially Mother Angelica Live.

Mother Angelica proved there was a lot of room for broads in all area of broadcasting especially when God wants them there. Not bad for a little Italian American girl from Canton, Ohio. I for one, but I am hardly alone in this camp, will be forever grateful for her sacrifices and her determination. Well done, good and faithful servant.

To learn about Mother Angelica’s life, writings, and works, along with the funeral events and prayers for this week, see EWTN’s Memorial Site: EWTN.com/MotherAngelica 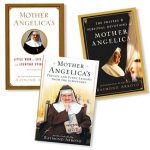 To purchase books, CD’s, DVD’s and other media about and by Mother Angelica, in English and Spanish, go to the EWTN Religious Catalogue.